zagorakisdru / Jun 26, 2018
So we finished the expansion at world 175. This was far ahead of our expections going into the expansion, but was tinged with the slight disappointment of knowing we improved to the point where we are capable of so much more.

With a few final changes to the team post-Argus, we go into BfA with real optimism for the future.

God knows how many wipes but we got there in the end :^). Considering the issues we've had this tier World 159 is pretty legit so good work guys and let's improve on it going into Antorus! 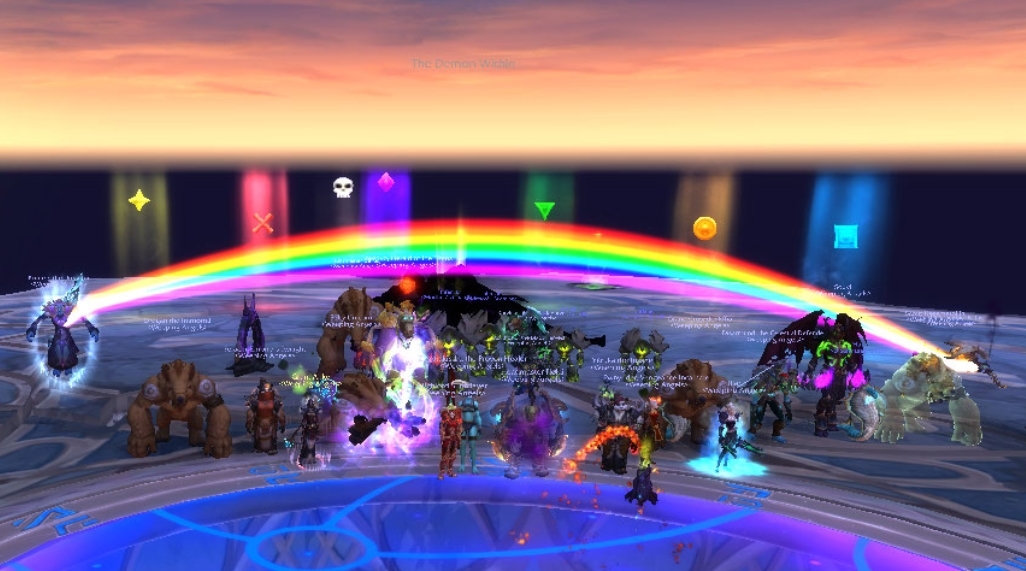 Nighthold has been a great raid, the last three bosses in particular. We had our output ups and our mechanical downs, wasting wipes upon wipes to silly mistakes and personal errors, but our learning curve has remained consistently solid, and we pushed through the wipes quickly and efficiently.

It also has to be said that the time and effort the team as a whole has dedicated to the expansion thus far is a major contributing factor to our success. Contributions to strategy and preparation, suggestions for improvement to guild processes, as well as dedication to personal improvement - be that class research or the dreadful Artifact Power/Mythic+ grind - and dealing with constant harassment from the Officer team (and Brian), have seen us go from a World 300 team, to a World 150 one.

So, looking ahead to Tomb, we'll want to be consolidating on our strengths and looking to improve upon our weaknesses, in an effort to hopefully repeat the success we have found in Nighthold.

After a respectable 123 wipes, Gul'dan Fel over. 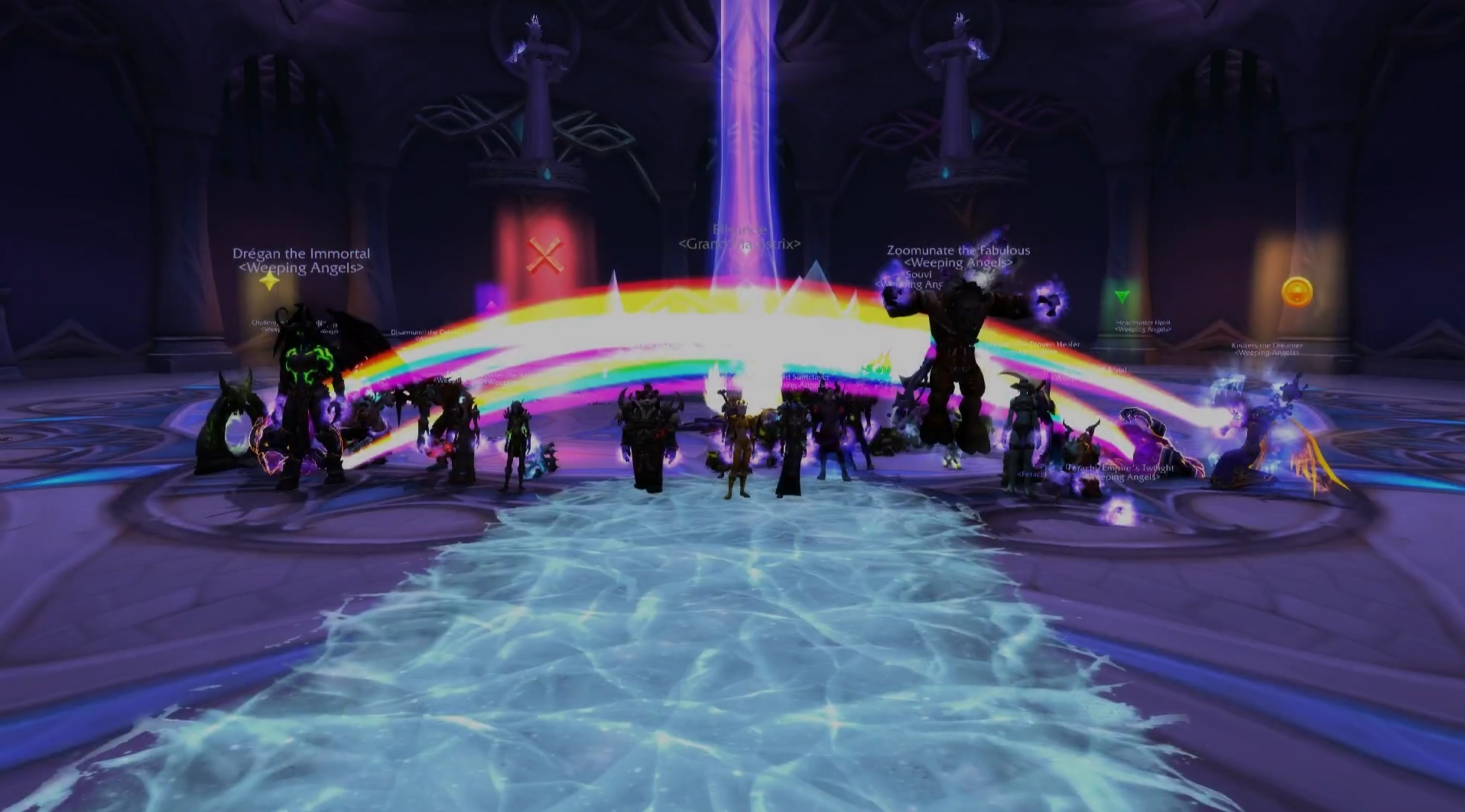 - It taught us what a Ring is, how to predict its incoming trajectory, and most importantly, the art of side-stepping (around it).
- It made us aware that we have these amazing magical spells (categorised as "Interrupts") that are capable of preventing our enemies from casting their amazing magical spells, and how to use them (more or less, anyway).
- It opened our eyes to the extremely complex concept of an "Edge," and how to best utilise it to maximise space efficiency (this one is actually still very much a work in progress).
- It challenged our pre-conceived notion that when you are dead you simply go and afk somewhere until the fight is over - instead encouraging us to actually communicate and coordinate with the rest of the team, implying that someone may actually have an impact on the fight even when dead (crazy, right??)
- It showed to us what a "Debuff" is; how to track it, count down from 5 to 0, and the hazardous consequences of allowing it to expire while standing with the rest of the group.

And most of all, Elisande proved that despite the fact that over 90 of our wipes were due to Ring deaths, Weeping Angels is indeed capable of exceeding my personal expectations.

With a pull count of around 147, Elisande's connection to life timed out, and now there's only Gul'dan left!
0 Comments 1 Like 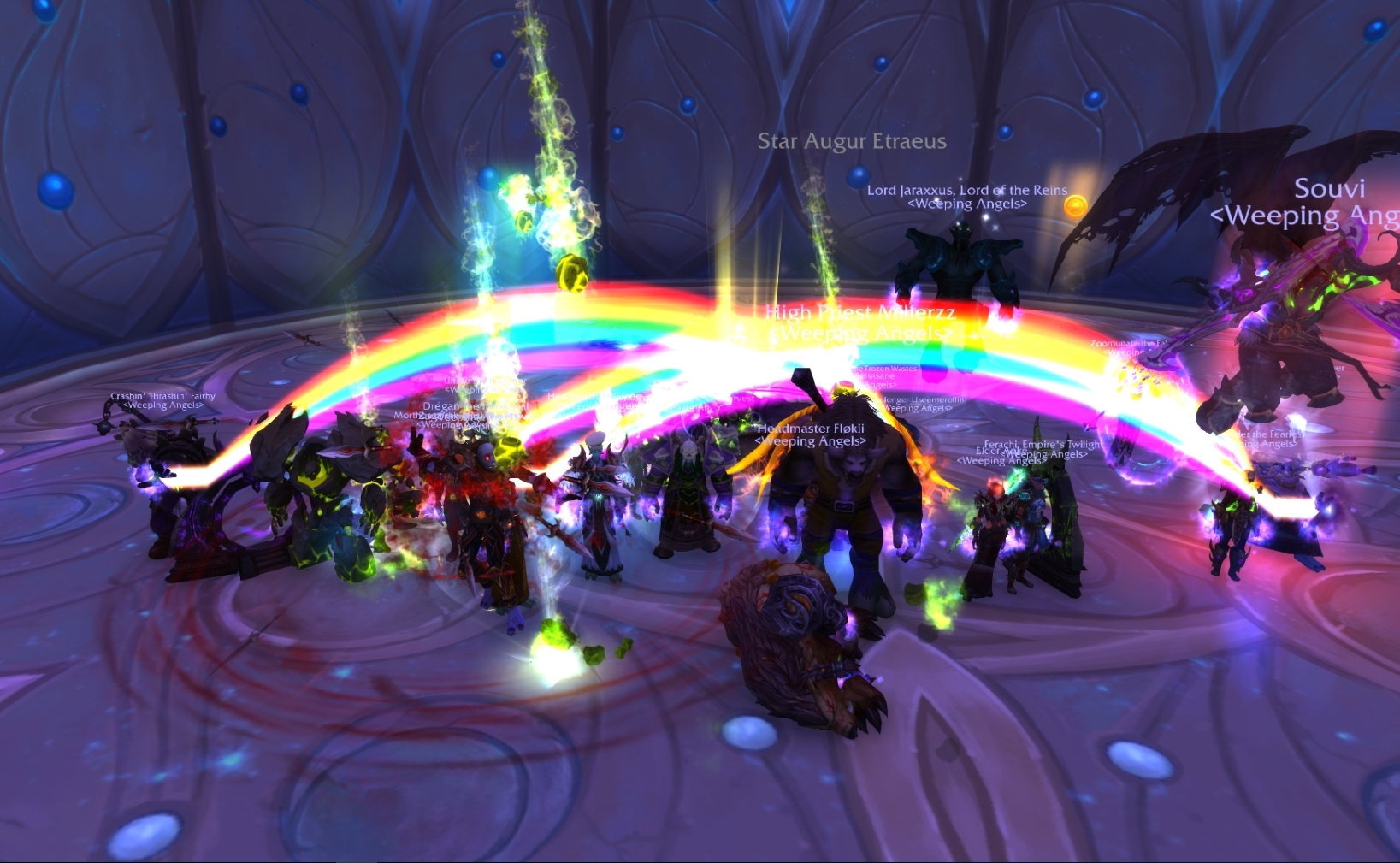 "Well, wasn't this a fun boss?"
Said noone ever LUL

I mean, he was actually a really nicely tuned mechanics check for our team, which is naturally why it took us so long.

I'd love to say that we killed him as a result of everyone improving and playing really well, but the truth is that it ultimately comes down to getting that one special pull where the Priests dont die to beam (one still did) and the Monks/Demon Hunters don't fly around the screen like spastics during Conjunction. 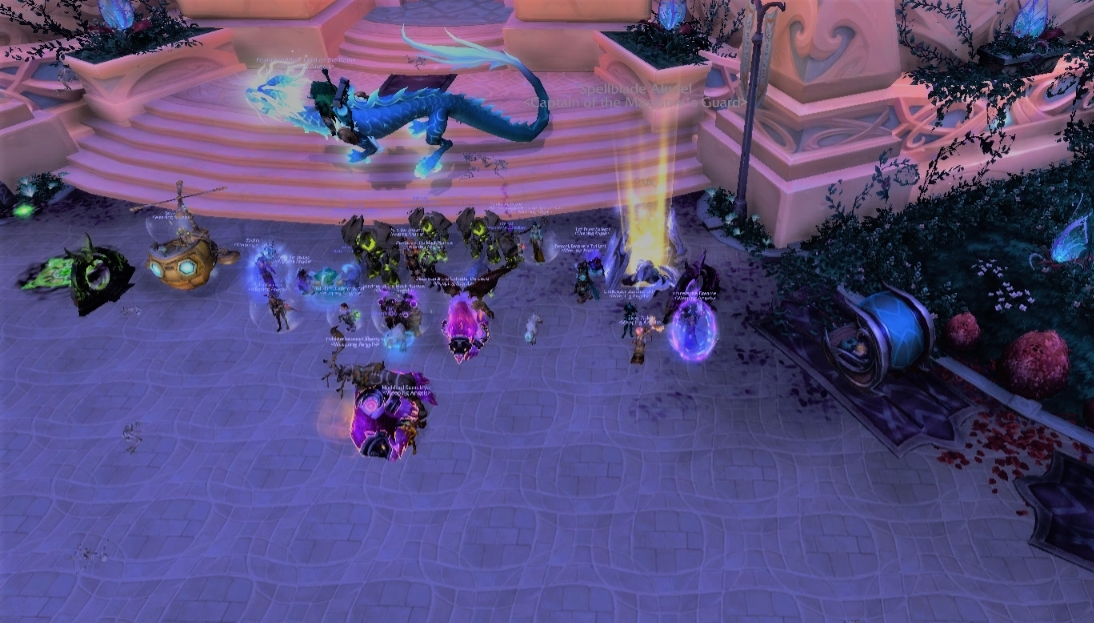 As daunting as she may have first appeared, once we had the Marks down, this bitch fell right over.

22 pulls and she died cleanly, with a nice speed rank to boot!
0 Comments 0 Likes

A pretty simply fight all in all. Some would say a disappointment, and others (like me) would say free loot :^). Thanks, bae.